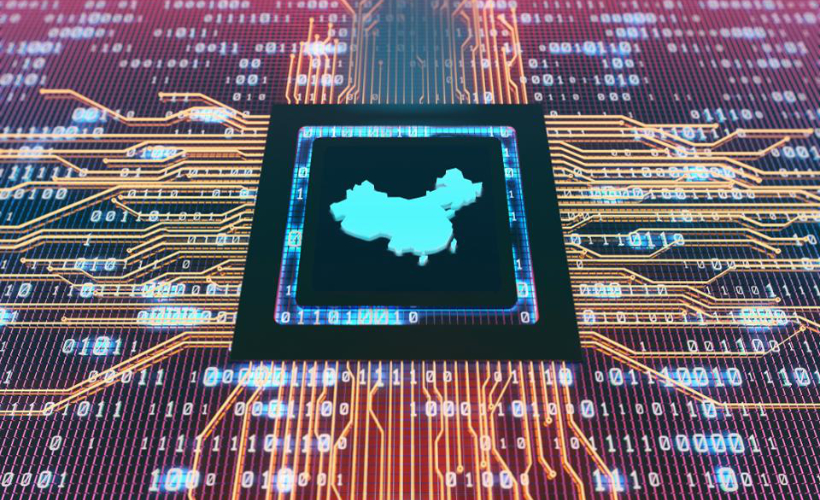 Technology is facing a substantial crossroads as policy changes with global resonance, such as China’s new crackdown on the country’s big tech companies (such as Ant Financial and Didi Global), the rising resistance to social media behemoths like Facebook, and the need for governments, whether in the United States, Western Europe, or China, to manage and control technological development. Regardless of any good intentions, this will add friction, inefficiency, and underperformance to the most dynamic global industry. The best intentions usually bring disastrous consequences.

There seems to be a lot of talk about a new global order that is a fundamental shift away from the “fluff” or, to quote China’s Chairman Xi, “spiritual opium” from social media nonsense where too much importance is given to social media services like Facebook or Instagram, that contribute little more than (usually grossly inaccurate) trivia, or other social media platforms in other countries. These services are hardly essential to any society’s advancement or are an essential “utility” (as has been described by some misguided US politicians). It’s bewildering that such importance was ever given to a product, that regardless of how pervasive, can simply be turned off and ignored without impacting anyone’s life in any meaningful way. While used by billions, these companies’ products still represent services that are a nonessential sideshow, generating more noise than substance about what can be important technological innovation, and potential disruption, and exciting new businesses with enormous rewards benefiting innovators and society.

The Real Signal Above the Noise

Social media is noise, and its importance is so vastly overstated that it would be laughable if it weren’t for the unavoidable fact that it is enabling Aldous Huxley’s predictions in “Brave New World” to come true with astonishing speed. Everything is important, and therefore nothing is important, and we cannot determine what really matters, nor can we focus on what ought to be important. Communication is a wall of sound where nothing seems to be distinctive or distinguishable.

Here’s the real signal: technology infrastructure is going through a dramatic transformation. An unprecedented combination of massive data combined with powerful processing has enabled analysis, creation, and new insights that can transform an economy, a nation, and potentially, the planet. These transformational technologies have the potential to be the best tools to address and solve society’s most important issues whether it is climate change, enhanced health and well-being, longevity, wealth creation, economic stability, and enhanced quality of life.

“I’ll build a wall and we will all be fine behind here.” This did not work for China’s First Emperor and it will not work for its current one. China has decided that this fundamental technological shift needs to be managed, and the new global order needs to focus on technology infrastructure, functional software, and hardware development, and stay away from the spiritual opium of social media, as well as the capitalist opium of extreme wealth. China can lead the world from behind a wall where it directs the focus of entrepreneurship and capital, and it controls and moderates the benefits of its rewards.

China cannot escape the law of unintended consequences. Trying to “manage” innovation and creativity takes away the often unplanned and serendipitous breakthroughs that make many significant advancements possible in the first place. From an economic perspective, capital is not going to invest in an uncertain environment where prosperity is managed and, despite great risk where most ventures will fail, the truly successful ones which make up for the losses and encourage capital to keep investing, will be mitigated. The vanguard of capital flight from China is beginning, and it will not ease if this policy and attitude are not revised. This attempt at “fairness and more equal distribution” will do nothing more than keep capital away and stifle any attempt at creativity, technical innovation, and economic advancement. The intention of this policy will yield the opposite outcome as a consequence.

These unintended consequences starve those very companies that China is trying to encourage. On top of that, companies are not concepts and ideas, they are real organizations run by real people. Who is going to run these companies? Skilled management is not ubiquitous. For better or worse, competition is a meritocracy – perhaps not always efficient, but still effective enough so that the better players win most of the time.

Very few people can run and innovative companies well and motivate creative individuals to become forceful teams. It’s why few managers succeed, and effective chief executives are rare. This is the harsh reality of the real world. The list of “A Players” is very short. One cannot simply wish that there be broad-based, innovative, and multiple successful companies within the challenging advanced technological business sectors simply because government policy wishes that it were so. This is simply not how industry works.

Many companies may engage in new and emerging technology, but very few survive. Every industry – every industry in history – consolidates to a handful of successful businesses that simply do things better than others. Please read that again. Consolidated industries and even monopolies ultimately become the natural order of things.

What drives this phenomenon is that managerial talent concentrates in these better organizations and therefore those organizations thrive, and there is a concentrated and condensed upward spiral benefitting these companies disproportionately. Magnifying this, even a small advantage creates a distinction among all of the competitors where there is no choice but to use that company’s products and services that are the best, even if marginally so.

Anti-monopoly advocates, more socially-minded politicians, and people who have an over-developed sense of “fairness” may not like to hear this, but this is how the world actually works. What would be unfair is to get in the way of this and drag everyone down. Society prospers when the best rise to the top, even if it is concentrated. The overall bar is still raised to a level that would not be achieved otherwise. Many people, and certain governments, especially China, don’t want to hear this. But, this is how more people prosper and is more “fair” than any other system or structure.

China prospered and raised 300 million people out of poverty over the last 30 years through these very mechanisms. So it is particularly disingenuous to hear the central government say that those forces that created the most prosperity and lifted the most people out of poverty, which would have otherwise been impossible from any kind of coordinated government policy, are now the very things that need to be prevented by new government policy. It’s profound hypocrisy.

Now for What We Really Need

The real economic and social drivers for a fair and prosperous society are transformational technologies – semiconductors, artificial intelligence, cloud computing, green energy, and even quantum computing. As many people as possible are needed to develop these technologies and create as many “shots on goal” as possible – trying different strategies, approaches, and competitive dynamics. This is how society benefits because what will prove to be essential and to the benefit of everyone is what will be developed, market-tested, refined, improved, and implemented. In other words, society gets what is needed.

Unfortunately, China is dancing with a dangerous transitional devil turning away from entrepreneurship, unfettered capital, and independently managed financial and social services to a centrally managed policy intended to bring preapproved industrial focus and equality. A successful outcome is dubious and potentially disastrous. But, that does not stop the US and Western Europe from also considering these policies. While China is saying that workers need to be paid more, work less, and value creation should be shared more “equitably,” markets provide far more effective mechanisms to do that. Social and industrial policy has always proven less efficient at this than a free market.

One of the things that Silicon Valley is excellent at doing is sharing the wealth. Yes, I said that. This doesn’t get a lot of publicity, but every startup shares its equity among all its employees. There is no greater way to share value creation than sharing ownership. While the founders of firms like Google, Apple, and Amazon are touted for their enormous wealth, each of these companies has created tens of thousands of millionaires and spread wealth broadly. However, even this proven mechanism is being questioned via government policy now focused on “commanding” increases in pay while restricting working hours at service-based technology companies, ranging from Uber and Lyft to Amazon and Google. For some reason, successful service providers suddenly become a “utility” as if it were something government conceived and provided. They exist simply because government failed to do this. That is what a free market accomplishes, and its society that benefits.

An economy’s value is determined by its consumers – no company “creates value” because it is the consumers who create value, and the best companies “capture value” from those consumers. To have more consumers, raising the income level of as many people as possible is the best outcome for society because, more than any other policy, that will drive economic growth. But the best way to raise income is to create as much competition among companies as possible to get the best workers and to pay them well. That is the currency of competition in the labor market. Simply commanding higher wages, or subsidizing those wages with government payments, are not sustainable solutions. Enabling better companies that are profitable and can hire and pay more workers is the sustainable solution. Distributing income ultimately fails because income needs to be created before it can be distributed. For some reason, China and Western governments somehow believe that income is a given to be distributed by bureaucrats. It’s this kind of nonsense that brings misery and poverty – does no one remember the horrors of the Soviet Union?

Government Intervention is Not Sustainable

That is the real lesson of the law of unintended consequences for China (and all other governments considering such economic and industrial intrusion). Just as China’s government’s push to spur domestic chipmaking and other advanced technologies is quite similar to the Great Leap Forward, let’s not forget what a disaster that was. As an example, in 1958 Mao decreed that farmers set up furnaces in their backyards to help China surpass British steelmakers. The result of a managed and non-competitive environment produced substandard and unusable products. In the meantime, the tragic unintended consequence was that millions of Chinese starved as fields went unattended.

A handful of bureaucrats, regardless of how brilliant each may be, can never equal the mind of the market. Management and control usually spell disaster eventually. In China, a managed focus on technological development for products and services the central government believes has greater substantial benefit to the overall society may not be as calamitous, but the law of unintended consequences has not been repealed. It will be inefficient, substandard, and create potentially dangerous side effects.

Innovation, creative freedom, and unstructured thought are essential components to the development of any technology of substance and disruptive benefit. Unlike social media, semiconductors, AI, cloud computing, etc. cannot be turned off easily without a significant detrimental impact. But these technologies require development and innovation on many fronts – almost none of which is easily predicted. Free competition, the free flow of capital, and the ability for the winners to excel and leave the less worthy competitors behind may seem harsh and unwelcomed, and perhaps not the best approach, but it is better than all the others.

The signal means substance. Substance means innovation, creativity, and competitive dynamics that create the most effective innovations, the best solutions, and the most sustainable companies. Central planning, bureaucratic industrial policy, government-led economic management, and dictatorial focus have always failed, and always will. The US should not fall into this trap, regardless of how appealing it may be.