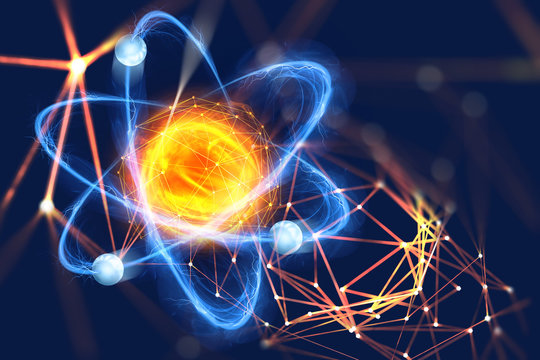 Set Aside Your Proud Certainty.

Good advice for everyone.

In his preamble to “The Theory of Relativity,” Einstein implored his reader to, “set aside your proud certainty” because he was about to present something quite revolutionary, iconoclastic, and, as he discovered for many years after publication, challenging to be broadly accepted. Of course, his insights would be vindicated, and would soon be considered one of the leading minds of the 20th century, and perhaps one of the great minds in scientific history.

During one of the rare times when Einstein was a professor, a student entered his office complaining about the mathematical challenges of the work assigned. Einstein pointed to the equations on his blackboard and said, “if you think you have difficult problems, you should see mine.”

He is difficult to sum up, but his professional life is exemplary of grit, perseverance, and a Herculean work ethic, along with an almost simple and childlike perspective on the world. “It all needs to make sense, and I’m sure that it does. We just haven’t seen it yet” was one of his most insightful observations, and the context that guided his scientific career.

It was also the source of his pushback against Schrödinger’s probabilistic wave function and the imprecise nature of quantum mechanics (proven to be accurate), famously saying, “God does not play dice.” He believed that nature should be simple and beautiful, and not probabilistic or random. Perhaps he will be ultimately vindicated.

Before seeing him, one could imagine a granite-chiseled Norse god and not the disheveled poet-like man with careless hair. On theoretical grounds, he should have been iron-willed, instead of pliant, docile, and compromising. Yet, this pliability and lack of “proud certainty” was likely the secret ingredient to his extraordinary success.

Einstein, unlike most people of high achievement, never had to coerce others, play politics, or harden himself. Alan Turing famously felt the same way. A good idea was a good idea and, conversely, regardless of whose idea it was, it should always be subject to challenge and verification. Prof. Turing did not have the skills Einstein possessed to make sure it was the quality of his work that mattered, and nothing else.

Certainly, Einstein was unique in that his work became exalted globally and his “scientific life was a perpetual carnival,” according to Max Planck. The “agonizing toil” and “superhuman will” required of a great scientist “is dictated by no principle or program, but arises from an immediate personal need. The emotional condition which renders possible such achievements is like that of the religious devotee or the lover.”

Why struggle with these vexing problems in the first place? Einstein described the impulse to grapple with his problems as “a demoniac possession,” needing no stimulation from conscious effort. Einstein’s theory about himself must be correct; nothing else could account for the combination of his irresistible energy for physics and his apathy toward everyday life. He often struggled with contradictions and compromises in everyday life towards his principles. At least in science, he didn’t need to do this, but in his personal life, this was almost always the case. Some examples include the following:

He often refused to play the violin for charity because he thought it unfair to professionals but ended up performing often.

He declined luxurious accommodations but accepted them when he was hurting the feelings of the providers.

On a trip to India, he refused to travel in a rickshaw because he thought it degrading to use a human being as a draught animal. But used them extensively because realized rickshaw boys must live.

He compared mass newspaper interviews to being bitten by wolves and being hanged – piercingly accurate even today – but acquiesced frequently.

He quickly drew comfort from the more predictable and uncompromising world of science. The real world made him more uncomfortable because he was surrounded by those with “proud certainty.”

Yielding to pressure would lead another to cheapen himself, but Einstein was saved by his galvanized vigilance and perseverance.

He didn’t want anything; temptation did not work.

When he received the Nobel Prize in 1921, he gave it to charity. When a magazine offered him an amazing sum for an article, he rejected it contemptuously. “What?” he exclaimed. “Do they think I am a prizefighter?” But he finally wrote the article after the magazine cut the price in half. He declined his post at the Institute for Advanced Study at Princeton because the salary was “preposterous” and was persuaded to accept only with an enormous pay cut.

Unthinkable today for a leading scientist, but he was plagued by offers to advertise toothpaste, pimple cream, and cigarettes. He brushed all this aside as “corruption” and would have no compromise. Einstein regarded money as something to give away; in 1927, he aided 150 poor families in Berlin.

Einstein’s malleability as he confronted the real world is exemplified by a trip to America in 1930. Before leaving Germany, he announced that he would give no interviews, pose for no pictures, make no speeches, and pay no visits, but would remain aboard the ship. The exact opposite happened.

His five days were spent in interviews, broadcasts, luncheons, teas, dinners, and sightseeing expeditions. He toured Chinatown, went to the opera, and very famously summed up his Theory of General Relativity by saying: “There is no hitching post in the universe.”

A good one, admittedly. But why global popularity and seemingly endless persistence of his and his ideas exalted status? Why wasn’t Relativity greeted with profound indifference?

The theory is almost as great a landmark in sociology as in astronomy or physics. It revealed a craving, not just among selected scientists, but the population at large, to grasp the universe more completely. Einstein’s twelve-page pamphlet, covered with mathematical symbols, had the same demagogic appeal as the best work of Shakespeare or Nietzsche. Relativity sparked an unexpected and profound clamor for cosmic knowledge. The world was soon struggling to understand Relativity – it was the battle cry of the student, scientist, and culture-seeker.

I Don’t Understand It. I Love It.

Finding himself on the world’s highest pedestal, he used it as a pulpit. The center of interest, however, became the man rather than his theories or causes. The space-time continuum is fatiguing. Suddenly, people cared about his favorite foods, shoes, and the music he liked. A celebrity is a celebrity, even if they set a new global scientific standard and revolutionize the fundamental understanding of the universe.

Einstein believed he would soon be forgotten. He was wrong.

The incomprehensibility of Relativity is probably the basis for its popularity. There is a mysterious instinct to follow blindly that which is generally regarded by a few to be disruptive and profound. Even today, Relativity has lost almost none of its incomprehensibility despite many books attempting to explain it.

It was stated in 1919 that only twelve people in the world understood Relativity, and those twelve could not grasp any of the popular explanations. Even Einstein said the easiest way to understand it is to spend 10 or 15 years on mathematics and ignore the impenetrable “easy” explanations. This is profound on many levels.

There is no simple explanation. The hard way ends up being the easy way. Substance and detail matter. Simplistic handwaving never really grasps the truly profound. There is an inverse relationship between understanding a subject thoroughly and any popular explanation.

George Bernard Shaw said that the finest criticism of any of his plays was contained in a letter from Einstein. “This master, perhaps as no other, casts light on the human creature; he teaches us to love his weaknesses.” To Einstein, all people were the same size. He possessed seriousness toward humanity and heartlessness toward his skeptics. Einstein took skepticism to an art form. How else could he have written five apocryphal papers in 1905 at the age of 26?

He believed those who studied nature and the universe lacked fundamental and essential skepticism. “What has perhaps been overlooked is the irrational, the inconsistent, the droll, even the insane, which nature, inexhaustibly operative, implants in an individual, seemingly for her amusement.”

Or, as Arthur Dent put it in the Hitchhikers Guide to the Galaxy, “why is the universe constantly messing with me, and would it please stop?

Einstein’s work has been solving infinitely complicated puzzles, and every correct solution came after many failures. He abandoned the results of extensive hard work often and simply started all over again with little more than a shrug.

His complete absence of prejudice toward his work enabled him to rise above his critics. He insightfully said he couldn’t understand how a difference of opinion can ever lead to a personal quarrel.

Colleagues, including Niels Bohr and Erwin Schrödinger, highlighted that Einstein’s unique talent stemmed directly from his detachment from common thinking and lack of any bias in favor of traditional ideas. His unique intellectual aloofness enabled him to distrust some of the most sacred assumptions of science.

At twenty-six, he boldly declared that a fundamental belief concerning the universe, religiously held since the time of Newton, was a mere prejudice—a failure to recognize obvious human limitations. In some way, Einstein was practically able to separate himself from common humanity and describe his insightful observations in elegant mathematics. He presented his vision in three letter-size pages of equations that constitute, in the opinion of many, the most important document of the century. Some regard it as the greatest human intellectual achievement.

Einstein is still the undisputed cosmic master and will probably always be one of the greatest of scientific immortals, but even he toward the end of his career said he was racing to simply keep up with the innovative thinking of the next generation.

There is probably no better way to sum up the true substance of Einstein’s work. It was not just his Theory of Relativity or his exalted place among the gods of science. Even atop Mount Olympus, he insisted on always setting aside proud certainty.

Always explore, race to keep up, clear the field, and let other vibrant minds pass. It is the spark of human creation, analysis, and understanding that gives us a glimpse of nature’s fundamental beauty. We only touch a small fraction, and our hardest work and most diligent thinking expose a little bit more – and that is one of humankind’s most worthwhile pursuits.

Set aside proud certainty; be indifferent to your failings and the cacophony of critics.