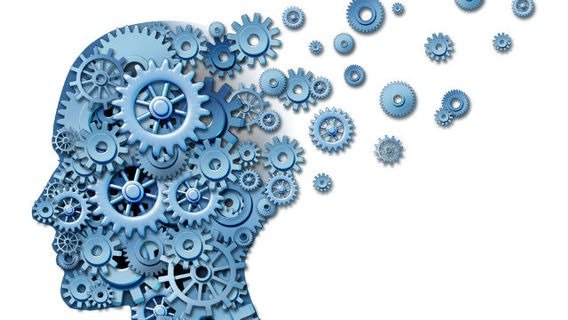 It is not as if the world hadn’t provided ample warnings about the risks associated with irresponsible finance. History has centuries worth of such examples, but even looking at recent events over the last 25 years is illuminating.

But by 1997 US markets seemed to have weathered these storms. In the years leading up to the Mexico and Thailand situations, the S&P 500 and the NASDAQ each more than doubled between 1992 and 1996, driven mostly by Silicon Valley tech stocks. In spite of Alan Greenspan acknowledging the “irrational exuberance” of the markets in 1996, stock market valuations continued to rise. The warning signs of unstable economies were believed to be localized and the broader markets decoupled from this turbulence. This was naïve thinking then and outright irresponsible now.

Too Clever by Half and a Weapon of Mass Destruction

About this time, Nobel Prize winners Myron Scholes and Robert Merton developed the Black Shoals model for valuing derivatives, a groundbreaking tool for Wall Street traders to value options. The model is an equation to determine the precise value of a stock option taking into account mathematical probability swings in the value of the stock price and the duration of the option.

Simple varieties of derivatives had been around for centuries. These contracts enabled businesses that used commodities as inputs to have predictable costs. These included futures contracts to hedge crop prices or lock fuel costs months in advance. But, the Black Scholes option pricing model enabled derivatives to become a pervasive speculative investment, with potentially fantastic upside coupled with the potential for disastrous and uncontrollable losses.

Suddenly derivatives were being used on an enormous scale as a leveraged investment in equities (“puts and calls”) or to hedge credit risk (“credit default swaps”). The derivatives market increased by more than 5x in just a few years, and the sheer scope of new products was mind-boggling.

Now for the (Not So Clever) Bit

Scholes and Merton put their mathematical minds to work as cofounders of the world’s biggest hedge fund at the time, Long Term Capital Management. Started with $1.25 billion in 1994, LTCM more than quadrupled its investors’ money in just a few years. It’s trading strategy, driven by mathematical whiz kids and Nobel Prize winners, looked for small price mismatches in government bonds and currencies and then placed enormous highly leveraged bets on them. Government bonds and currencies were chosen because these were the most liquid markets, and investments could be bought and sold easily and LTCM’s complex models could be implemented effectively – so the theory went.

LTCM borrowed huge sums of money leveraging its own funds to drastically amplify the payout for relatively small price changes. This worked so long as markets behave rationally and so long as prices didn’t swing well outside the norms dictated by probability metrics.

Blinded by genius and short-term performance, the hedge fund seemed to be the vanguard of a fundamental change in investment strategy – and it was earning incredible returns. In both 1995 and 1996 the fund earned 40%, outperforming even the roaring stock market.

But all investments’ value is determined by future events. Mathematical models imply precision but are rarely accurate in predicting the future. Markets do not behave rationally because investors are irrational. Eventually, the “irrationality bomb” goes off and precise formulas are useless or worse. The normal distribution of prices works most of the time, but not all of the time. That’s when disaster strikes.

At the time and in spite of the recent Mexican and Thai financial crises, the idea that contagion would spread through the financial markets was still considered remote. When the financial crisis the spread to Russian securities in August 1998, it was the straw that broke LTCM’s back. LTCM’s trading models were devastated, losing $4.6 billion abruptly. Although the company had started 1998 with $4.8 billion in equity it was also carrying more than $120 billion in debt, interconnecting many other financial institutions including every major Wall Street firm, and exposing extraordinary risk of catastrophic industrywide failure. It was sudden and almost incomprehensible. At the time, government officials organized an industry funded $3.6 billion bailout enabling LTCM to unwind its assets orderly.

That’s Not What the Formula Says

The collapse of LTCM should have been a wake-up call. The fundamental assumptions of a normal distribution to a market and rational pricing are nonsense. LTCM’s trades hadn’t seemed reckless, the firm had executed meticulously researched postions, and hedged itself against calculated risks. But it did not consider how markets actually work.

The real world is not a predictable math problem.

Markets are individuals making investment decisions – multiplied by billions. But, in spite of this scale, a market’s performance cannot escape human behavior – unpredictable and irrational. A rational predictive model cannot be built on a foundation of irrationality, but it was. And of course, it failed.

Combining this flawed model with massive debt brought insurmountable losses. Leverage magnifies profits, but it also magnifies losses. Magnified losses become terrifying quickly. A lesson learned and relearned is that money is earned slowly and lost quickly. Too much leverage is catastrophic.

Mathematical models lull their creators into a false sense of security. Experts can quantify risk and hedge against it most of the time, but “most of the time” is inadequate because the market always has a thermonuclear option that it will eventually deploy.

The idea that markets are uncertain, and consistent prediction is essentially impossible, is not new. John Maynard Keynes published a book on probability and uncertainty in 1921, with this concept of uncertain and irrational markets forming the basis of his general theory of financial markets. So, years before the stock market crash of 1929, and almost every 10 to 15 years afterward, the cycle of financial crashes and panics was predicted by a well-publicized thinker, and then, as is typical, ignored. The lesson is simple, and Keynes laid it out 100 years ago: markets seem rational but only during periods of stability.

The risk metrics that LTCM and other failed investment firms deploy are extrapolations from past experience. This data becomes meaningless as soon as new or unpredictable factors emerge – and new unpredictable factors always emerge. Those factors can be almost anything; a market bubble bursting, a war, a natural disaster, an unexpected election outcome, an unusually bad harvest, whatever.

Fundamentally, at that point, and it is a recurring point, all advanced calculations are meaningless.

Markets are uncertain. Predictive models work most of the time, and that is their fundamental flaw. They will fail. Investment models that account for uncertainty and failure succeed in the long term.