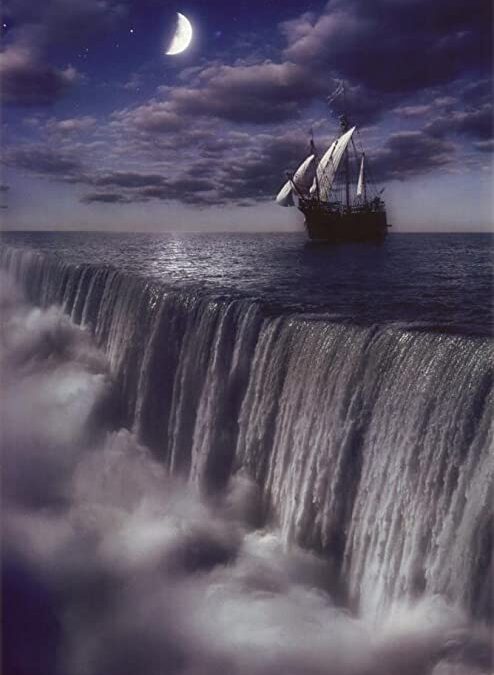 When Everything is Going Great, It Probably Isn’t.

Things can only get better from here… said the turkey the day before Thanksgiving. It’s challenging to know when it’s too late because things go badly gradually, then suddenly.

It might be time to start worrying about tech-stock valuations. Usually, all it takes is a few overly ebullient stock analysts to set off an alarm. When unreasonableness takes over (remember all those analysts’ reports from March 2000? The NASDAQ could only go up and all those internet funds were going to double again in 2001?). In March 2000, the bellwether for this nonsense was Henry Blodget’s recommendation of Amazon with a target price of $400.00 by March 2001 (at the time Amazon was trading for about $60.00 a share). Instead of being $400.00 in March 2001, Amazon’s price was $5.97 per share.

Of course, Amazon has created an amazing business model and is fundamentally rewriting technology services and customer logistics. Trading at almost 100 times earnings the market believes there is much more growth and profitability to come. Really? Regardless of your perspective about that, Amazon is an example of investments that are either “don’t bother it’s ridiculous” or “never sell it’s ridiculous.”

The market may stay permanently irrational about companies like Amazon, or Amazon may catch up to the market’s irrationality. What should an investor do? The answer is simple – don’t play. By that I mean you either buy the stock and ride the tiger (which means you can never get off – or sell) or stay out of the jungle completely – don’t ever buy. Half measures rarely have good outcomes.

Amazon is exemplary. This tiger has rallied substantially since those woeful days in March 2001 to close above $3,200 per share in February 2021. So, even if you listened to the absurdity belched out in March 2000, and on paper, had substantial losses from your Amazon investment for several years, if you held on, you are brilliant and rich (more like lucky; but it’s smarter to be lucky than lucky to be smart). Don’t listen to the analysts and don’t get off.

There is No Short or Medium Term

That is the point. Short-term recommendations and valuations for high growth stocks in very competitive environments are usually nonsense. But people buy based on these ideas – until they don’t. Then it becomes, as John Maynard Keynes wondered “who buys anything in a falling market? There is simply no longer any demand at any price.” The cycle reverses and “who sells anything in an increasing market?” Investment scenarios become either of two extreme poles – demand overwhelming supply pushing prices to

irrational heights or demand disappearing driving prices to irrational lows. Either way, while one may not know which polar direction any particular investment is heading, there is certainly extreme volatility along the journey.

Can Everyone Ride a Tiger All at Once?

In our current environment, we have opened the floodgates for demand which is likely to disappear at the first significant speedbump. Volatility will be much greater, and prices will drop substantially – sometime. When is unclear, but if it will happen is indisputable. Volatility caused by this market frothiness will be even greater than Amazon’s long arc. Current valuations are beyond reason, demand is increasingly far outweighing supply, and stock prices will be whipsawed, almost hysterically (Do I really need to mention GameStop?).

It’s now a two-pronged charge. The first is our reliably irrational Wall Street analysts. We also now have the addition of the Reddit crowd barking marching orders alongside Wall Street. All this adds up to waves of buyers and sellers, and a market that will change slowly at first, and then all at once. It’s the turkey the day before Thanksgiving believing things will only continue to get better since, well, that’s the way it’s been lately. Or, as Ernest Hemingway wrote in “The Sun Also Rises,” when a character has been asked how he went bankrupt, his response was “gradually and then suddenly.” Yes, the sun rises, but it also sets – gradually, then suddenly.

The current example of an alarming analyst note, and there are many to pick from, comes from a Goldman Sachs’ report upgrading Palantir Technologies and more than doubling the price target on the stock (to $34.00). Palantir is a great business, and its big-data analytics platform is effective, and the company’s products will be increasingly desirable and pervasive. Great company, but at what price? Wait, you want actual analysis? The report captured the market’s current philosophy around valuation, which is basically to ignore it.

The Palantir story is that the company deserves to trade in line with other fast-growing companies. Currently, companies growing revenue at better than 30% a year trade at 44 times estimated 2021 sales. That multiple gets you to a $34.00 price on Palantir shares. Keep in mind that last September the stock opened (via direct listing) at $10.00 on the New York Stock Exchange. Goldman’s note was a haunting déjà vu. We have seen this movie before, and it does not end well. The plot is simple: the valuation strategy fails to address why these particular software stocks, or any stocks for that matter, should trade at 44 times forward sales? Comparatively, the NASDAQ 100 index trades at five times

The market may finally be questioning some of these valuations (although murmuring to itself with inarticulate doubts seems more accurate), especially since there are almost 50 companies trading at more than 35 times 2021 estimated sales. The list includes many great companies, such as Snowflake, Shopify, Zoom, Cloudflare, C3.ai, among others. While each one is a great company, the decision to make a particular investment requires more thinking than that. While an essential starting point, more questions need to be asked. A simple and effective heuristic, thanks to Howard Marks at Oaktree Capital, is these three questions:

I’m Afraid You Have a Murmur

With each of those three questions, doubts and murmurs are beginning to form. An example is Zoom, down 12% since December 2020 and down 30% from its all-time high. However, the company still trades for 36 times 2021 revenues. Some analysts are concerned that growth will slow once the pandemic subsides. That is likely, but whether it happens is not the point. They shouldn’t be “concerned,” they should be “terrified” by this valuation.

Another is Shopify. An innovative company developing and refining an industry-standard e-commerce software platform. It has been an astounding success in the time of COVID (94% revenue growth in the fourth quarter of 2020). This growth was especially fueled by small businesses rushing to establish more effective online e-commerce strategies and back-office capability. The company’s stock price had been up over 30% in 2020 and has more than tripled since the end of 2019. But Shopify itself has said top-line growth will moderate as the pandemic winds down. Recently, the company has lost revenue momentum and the stock is off 2% – hardly a dramatic correction based on this outlook. “Slow, then quick” decline may be on the horizon for Shopify, as it is for many similarly valued companies. Shopify’s shares are trading at an oxygen-depleted level of 44 times sales. As a frame of reference, Amazon valued at 44 times revenue would be worth over $20 trillion.

Obviously, Amazon has a different growth trajectory today than Zoom, Spotify, or any of almost 50 companies valued at more than 35 times revenue. But the absurdity of that calculation highlights that there can be only a few, if that many, Amazons in the making, not 50. Besides, there already is an Amazon.

Many of these tech stocks are so expensive that even significant selloffs haven’t done much to check their valuations. Snowflake trades for nearly 80 times estimated sales for 2021 – that’s with the stock down 32% since December. The stock is nearly triple its initial public offering price from last September. This is one of many examples, and the vanguard of many more similar examples.

Now Back to That Tiger

When do you jump off? Never – you’re on the back of a tiger. You are in for a wild and uncomfortable ride. Palantir was up 15% last week but lost 35% the week before. The company is doing quite well with strong demand from its government clients, but a little slower with its commercial clients. Then there is Palantir’s stock lockup expiration, another common theme of most highly valued tech companies. The combination of all these factors – uneven revenue growth, stock lock-up expirations, emerging competition, and many other factors that impact any business in a competitive market – accelerates and magnifies valuation changes.

If you own one of these stocks (riding the tiger, if you will) there is realistically no attractive option about when to get off. You are in for the long haul or you should not be in at all. If you are not in, stay in the Land Rover and do not go out into the jungle.