The Broken Road of Innovation 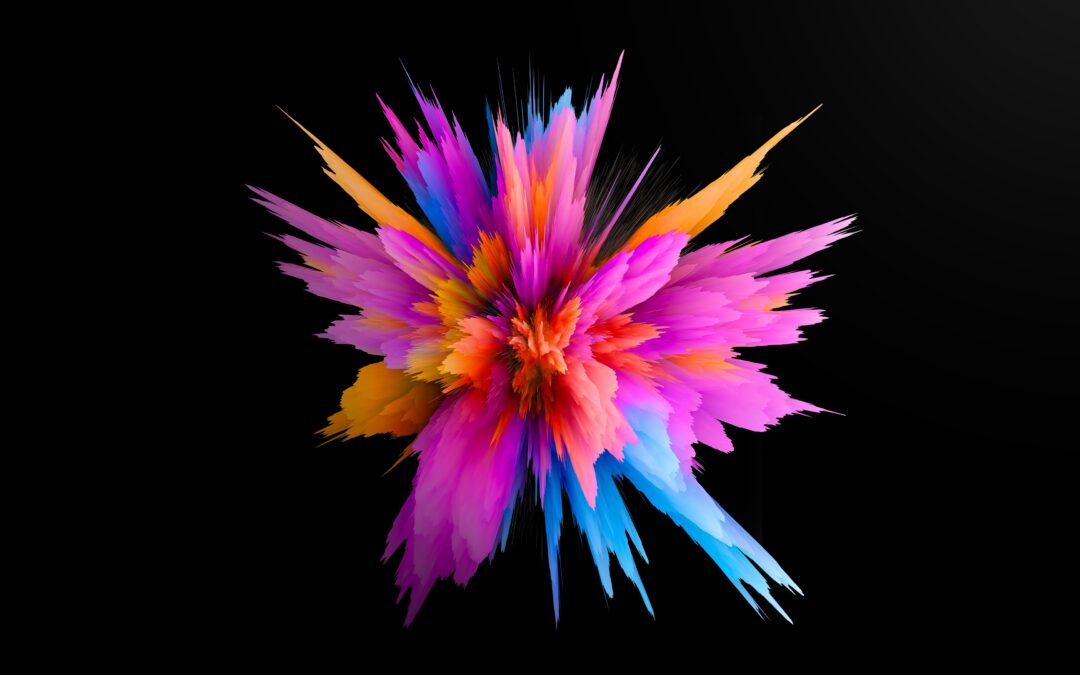 Artificial intelligence models, such as Open AI’s DALL-E2 program, are trained to generate pictures from almost any text request. To put it mildly, this has caused an uproar in creative industries, from art to filmmaking to fashion by generating weird and wonderful images, but also seemingly undermining the spark of human creativity.

However, there may be a much more powerful tool than simply this software being the plaything of the untalented and unimaginative. This technology can prove to be quite impactful in scientific research, especially in advanced technologies where image generation and detailed study can reveal innovative structures and the possibility of an otherwise unimaginable breakthrough.

No area has more promise than biotechnology research.

A Protein and a Picture

Novel proteins can be generated with more precision than ever. This matters greatly because, as any biologist will tell you, your body does something because a protein told you. Understanding how to design a novel protein can address significant unmet medical needs, ease suffering and be available cost-effectively for a general population – all, hopefully, with minimal side effects. In other words, the holy grail of drug discovery.

Currently, text-to-image artificial intelligence software can generate precise designs for proteins, and these proteins can then be generated in a lab. Remarkably, these proteins can be brought to life even though they bear little to no similarity to existing proteins.

Those with decades of experience in biotechnology must take a moment to absorb and internalize this. Essentially, this is a remarkable breakthrough that AI has enabled to one of biology’s grandest challenges.

AI languages that produce pictures seem to be initially relegated toward a combination of Tik-Tok influencers, outraged artists, and those with limited imaginations and creative skills. But now, AI-generated pictures can use text to direct specific protein designs with properties of shape, size, and/or function that make it possible for these new proteins to perform specific tasks on demand. This breakthrough may lead to more efficient and effective drug development and, the discovery in minutes of what evolution would otherwise have taken millions of years to develop.

While Using AI to outdo evolution is a bold statement and evolution knows what it’s doing, AI can enable unimaginable iterations of designs that would otherwise have taken nature millions of years and compress that entire process into only a few minutes. Insert any cliché you like here, but I’ll go with “evolution on ultra-steroids.”

Computational accuracy in the exact “evolution–like” process is yet to be proven, but this tool may bring compressed time frames unimaginably and develop impressive efficiency to otherwise intractable problems and their elusive solutions.

The Massachusetts Institute of Technology and Microsoft Research, among others, have published initial success with symmetrical protein structures that have been generated according to desired constraints. While only in the initial stages, this would have been unimaginable only a few years ago.

Proteins are the fundamental building blocks of living systems. Anything a body does, whether it’s physical movement, metabolic processes, or managing its immune system, proteins told it to do so. Therefore, nature uses proteins for everything, and potential for the most effective therapeutic interventions based on proteins and protein science, offering the greatest promise for both efficacy and safety.

The current process for using protein therapies is inefficient, uncertain, and immensely expensive. Finding the right proteins and their interactions is a massive undertaking where the limits of human research and ingenuity are truly tested.

Protein generation may extend the capability and insight of this research beyond anything imaginable by a combination of the world’s greatest researchers and intellects.

Can We Get It Right This Time?

To be clear, computational techniques for designing programs have existed for a while. Previous approaches have been slow and ineffective. The fundamental problem is that it’s not a singular protein that is really the target. It is a combination of proteins – protein complexes – that are the molecular machines that are the truly indispensable goal for treating diseases.

Understanding protein complexes has been an almost impenetrable problem with little optimism toward a near-term solution. That is, until now.

Proof of concept models are having initial success, and the power of AI enables models to eliminate “noise” and focus more refined input to generate better and potentially more useful designs. Given some constraints as to what a protein should look like, models are generating novel proteins with specific properties. This is enormously promising.

“Promising” Is Not Reality – Yet.

We have been down this road before where some initial success can seem to open a clear path toward discovery and innovation. But this technology is addressing one of the most complex problems in nature. Although we are seeing great progress in understanding how proteins fit together and how to predict protein structures, this guide is only a series of initial steps.

But the magnitude of these initial steps should not be understated. Generating proteins with multiple degrees of symmetry and complex shapes including circular, triangular, or even hexagonal structures is incredibly complex and represents enormous advancement.

But generating a structure does not mean we have also generated a function.

A protein’s function is determined by its shape, but it is a long leap to turn that on its head and say we can generate a shape and therefore determine its function. It may be ultimately an insurmountable problem, but still, progress is enormous and would have been unimaginable to the best minds not long ago.

Strange on a Computer Screen. Obvious in Nature

Generating strange and intriguing designs on the computer applies to a broad range of potential applications, mostly for hobbies, videos, and to impress your friends with otherworldliness. But, turning a strange design into a real protein – amino acid strings combined to form a single protein and then a series of proteins folded and combined to perform a complex structure that signals a specific task that only that complex protein shape can perform, is quite another.

Design is meaningless unless it can function. Great steps have been made and these steps are much more than intriguing colorful computer patterns. Proteins have been produced that can bind to certain human cells and novel proteins have gone from the lab to fit tightly into hormones, enzymes, and cell walls and, perhaps most importantly, fit more tightly than existing drugs. “There is a lot to be excited about,” says an MIT researcher.

Discovery, innovation, and practical application are never a straight line and, the best analogy is “the broken road.” Our greatest discoveries and advancements have confusing, uneven, and broken pathways that often lead somewhere astonishing – even though at the outset the initial steps could never envision this as a final destination.

Artificial intelligence is the embodiment of this concept. A powerful tool that can lead anywhere given the imagination and unlimited creativity of its users. There may be nowhere more impactful, generating therapies for unmet medical needs in record time, than artificial intelligence’s ability to mimic evolution in minutes. The real outcomes are still unpredictable, but the potential is unfathomable.

Of course, all that matters is whether medical therapies can be developed that will work. There are so many obstacles and milestones ranging from the ability to manufacture at scale, test efficacy, and work in humans – the unknown remains enormous and still potentially insurmountable. Most importantly, these processes will speed up research and add enormously to existing knowledge. Failures are not failure, but rather another step toward progress.

The broken road is full of fits and starts. But it is clear we are immersed in a technological revolution. That revolution will bring us innovation, progress, and breakthroughs somewhere along the broken road.