The Future of Messenger RNA 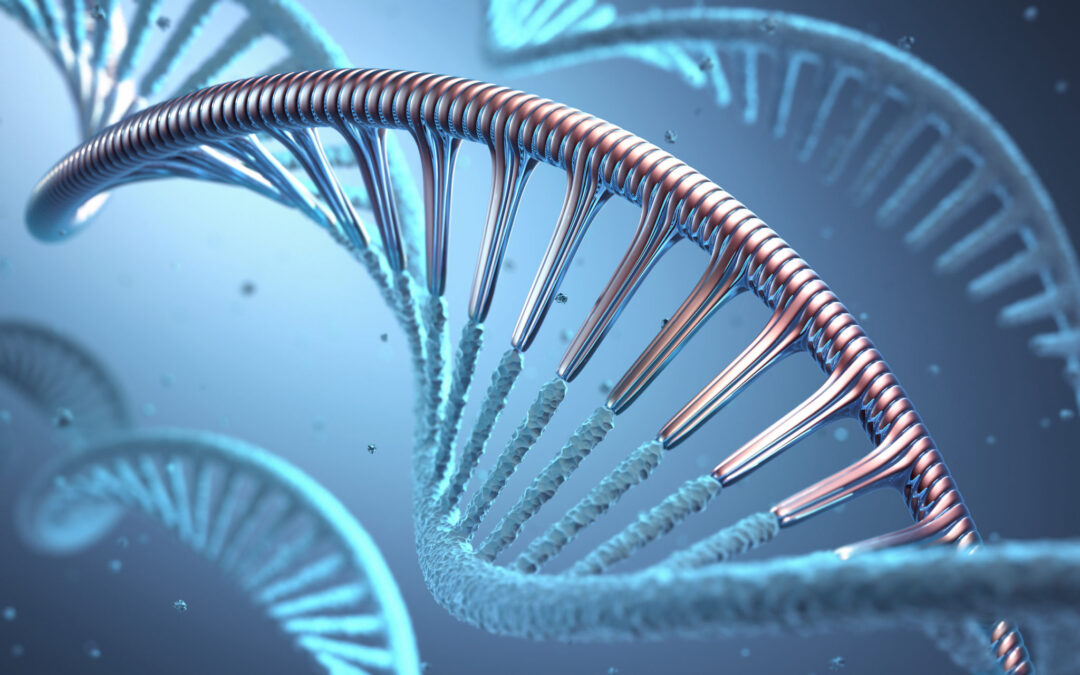 20 Years to be an Overnight Sensation

While messenger RNA (mRNA) has been catching recent headlines thanks to its ability to fight Covid, the combination of a global pandemic and the miraculous mRNA vaccine development in less than one year (when typical timelines approach 10 years) has made mRNA life science’s overnight sensation even though the underlying scientific knowledge is based on discoveries from over 20 years ago. Still, mRNA has the promise to disrupt life sciences and drug development and create enormous economic value.

In the case of the Covid vaccine, the message the mRNA vaccine adds to the recipient’s cells is taken from the coronavirus itself. The virus uses its “spike” – the instructions for the crown-like protein, to enter and infect cells and ignite the body’s response.

To the Vaccine and Beyond

The vaccine’s safe and effective design ensures that, by using this protein, the body will not be infected by the virus it is designed to fight. This protein alone can’t make a person sick; instead, it prompts a strong immune response that has prevented about 95% of Covid-19 cases (as of December 2021).

The breakthrough goes far beyond the vaccine. Even though it is likely to end the pandemic, it just may be the vanguard for numerous and more significant medical breakthroughs.

New drugs can potentially be created and tested in significantly less time while developing substantially greater efficacy. Messenger RNA is a new approach to drug development that can address critical and unmet medical needs.

It may soon be possible for a similar mechanism that has delivered an effective Covid vaccine to deliver similar RNA instructions to cells that can lead to vaccines against influenza (far more effective than current offerings), malaria, hepatitis, and Covid-19 mutations.

The real future for mRNA goes far beyond vaccines. Understanding and effectively delivering this “messenger” technique may permit genetic signals to be used as therapy for cancer, sickle-cell disease, and other potential human scourges, including HIV.

Covid vaccines have proven to be a serendipitous validation of mRNA efficacy, and, after 20 years, mRNA may finally be on a fast track to creating significant therapeutic treatments.

Reality may step in. It should not be lost that despite two decades of research, mRNA had never been used in any approved drug before last year.

From December 2019, when the first reports emerged from Wuhan, China, about a scary transmissible pneumonia, to January 10, 2020, when a Shanghai scientist posted the virus’s genetic code online, and then to the headquarters of BioNTech and Moderna, an effective vaccine was developed from this genetic code in less than a year.

The crisis produced a miracle, and an overnight sensation 20 years in the making was born.

Scientists at Moderna, a biotech specializing in messenger RNA, were able to design a vaccine on paper in 48 hours, 11 days before the US even had its first recorded case. Inside of six weeks, Moderna had chilled doses ready for tests in animals.

Anyone involved in life sciences research needs to read those two sentences several times to feel the true impact of the speed and efficacy mRNA enabled Moderna. Existing approaches and industry-standard would’ve required many years, most likely up to 10 years, to accomplish what Moderna did in a handful of weeks. The entire approach to research, design, development, and testing can be a fundamental disruption to how pharmaceuticals are produced.

It’s Meaningless If We Can’t Manufacture and Distribute

Unlike most biotech drugs, RNA is not made in fermenters or living cells. It is produced inside plastic bags of chemicals and enzymes. Since there’s never been an mRNA drug on the market before, there was no factory or supply chain when Moderna made its breakthrough development.

If it can’t be manufactured and distributed, it’s a nice idea in a lab but doesn’t have much meaning for the pharmaceutical industry or life sciences and healthcare in general.

Moderna had promised to make up to a billion doses during 2021.

With no existing manufacturing facilities or distribution network, it is unimaginable to conceive of a successful scenario where treatments at the scale can be available and usable for the general population. It would be as if Henry Ford was rolling the first Model T off the production line, only to be told the world needed a billion of them.

But, this was essentially the scenario faced by Moderna, and it was accomplished by Moderna and Pfizer, among a few other players. Much of mRNA’s promise of what it could accomplish and its miraculous capabilities were realized, magnified, and brought into focus globally.

It’s Not That Simple

The first attempt to use synthetic mRNA as a technique to produce a protein was in 1990. It worked but a big problem soon arose. The injections made mice sick, lose weight, and become sedentary. Given larger doses, the mice died. It seemed that mRNA was interesting in theory but could never be used in practice.

Evolution got in the way and undermining any effective application was cellular inflammation. Over a few billion years, bacteria, plants, and mammals have all evolved to spot the genetic material from viruses and react to it. The obstacle was to understand and identify how cells were recognizing the foreign RNA.

Cells are packed with sensing molecules that distinguish the body’s own RNA from that of a virus. If these molecules see viral genes, they launch a storm of immune molecules called cytokines that hold the virus at bay while the body learns to cope with it. Antibody responses can take up to a week to fully generate. It is these sensors that keep the patient alive, producing cytokines until the body’s immune response takes over. But a “cytokine storm” (a flood of cytokines) can kill you. This was happening with mRNA.

Eureka – and We Mean it This Time

Vaccines were not the initial mRNA application. The initial hope, and it may be the eventual reality, is that drug development might be able to use RNA to replace the injected proteins that comprise most biotech drugs. Essentially, drugs can be produced using the patient’s cells from an RNA blueprint. This would make any therapeutic drug more effective and much safer

On this theoretical basis, dozens of drugs could be developed that would be more effective and safer. Essentially, drug development utopia. This has not happened yet. Even Moderna struggled with how to get the mRNA to the right cells in the body and without too many side effects. Its scientists were also learning that administering repeat doses, which would be necessary to replace existing biotech blockbusters and make them safer and more effective was going to be a problem.

The frustrations initial frustration was that therapies could work the first time, maybe even a few times, but soon efficacy waned and was no longer meaningful.

That was a problem.

Vaccines turned out to be the answer because they are drugs that could be delivered once and the issue of waning efficacy was obviated. With a vaccine, the initial supply of protein would be enough to train the immune system in ways that could last years or a lifetime.

No drug can be effective if it cannot be delivered. That means putting essentially delicate RNA into a package that could last and be effective.

Time for Another Breakthrough

It turns out that while mRNA is a scientific breakthrough, packaging and delivering the mRNA is a different story. It requires new and advanced technologies. Nanoparticles and other combinations not really in existence until a few years ago ended up being the solution. It was like Edison looking for the right filament to make an electric lamp.

Life sciences breakthroughs are a combination of insight, serendipity, scientific and technical genius, and a little bit of luck. All these converged to produce an mRNA vaccine and give promise to new and potentially breakthrough therapies.

Production cost, development time, and dramatic economic value can be potentially created using this new combination of drug development, manufacture, and distribution. While vaccines are the first step, the economic model for vaccines is not that attractive. While vaccines are more predictable, succeeding more often than typical drugs (approximately 40% of drug candidates that make it to human clinical trials are ultimately approved – a statistic that’s closer to 10% for most other drug trials), they are simply not that profitable. This may ultimately create a ceiling for the attractiveness of further drug development using this technology, and a lack of available capital from cash generated by mRNA vaccines.

Thus, the reality of the “business of health.” Regardless of the benefit in lifesaving science that may be developed, if there is not a reasonable return on capital, these programs and products will simply not be pursued.

One can never escape economics, regardless of how profound, benevolent, or altruistic the cause or desirable the outcome.

There is a counterbalancing bright side. Vaccines offer a chance to create many new products quickly. Since every vaccine would use the same nanoparticle carrier, they could be rapidly reprogrammed, much like a software program developed on top of a common operating system. Essentially mRNA for one vaccine is the same as for another. Because mRNA is an information molecule, the difference between a Covid vaccine, Zika vaccine, and the flu vaccine is only the manipulation of a few nucleotides. In other words, quick and easy.

Is mRNA really a better vaccine? The answer seems to be a resounding yes. There are some side effects, but the shots are about 95% effective (that is, they stop 95 out of 100 cases), a record so far unmatched by other Covid-19 vaccines and far better than the performance of flu vaccines. The impact is simple. The way vaccines are made could change from now on.

The potency of the shots, and the ease with which they can be reprogrammed, mean researchers are already preparing to go after HIV, herpes, infant respiratory virus, and malaria—all diseases for which there’s no successful vaccine. Also on the drawing board: “universal” flu vaccines and a “pan-coronavirus” shot that could offer basic protection against thousands of pathogens in that category, which have led not only to Covid-19 but, before that, to the infection SARS and probably other pandemics throughout history.

Since more and potentially deadly pandemics are likely, not just possible, shutting down the world for a year while a new vaccine is developed is simply not an option. Messenger RNA potentially provides the opportunity to have a vaccine ready to go quickly to address the next inevitable pandemic (and the ones after that).

After the Covid vaccines, mRNA is likely to be used to address a range of medical needs, including heart disease, cancer, rare inherited diseases (such as Huntington’s Disease), and others. But there’s no guarantee of success. While there are a lot of potential therapeutic applications for synthetic mRNA in principle, in practice the problem of delivering sufficient amounts of mRNA to the right place in the body is going to be a huge and possibly insurmountable challenge in many, if not most cases.

Did We Mention the Money?

There are fantastic fortunes to be made in mRNA technology. Moderna and BioNTech have created over $100 billion of value collectively, as of February 2022. That kind of value creation will not be ignored by a combination of firms within an industry with hundreds of billions to invest.

There will be an incredible future of development, capital availability, and industry focus until all potential options are exhausted. But, mRNA has a fantastic future, even if it ultimately lives only in labs and R&D centers spread around the globe. It will become an area of focus for every major pharmaceutical company and most biotechs in some form from now on.