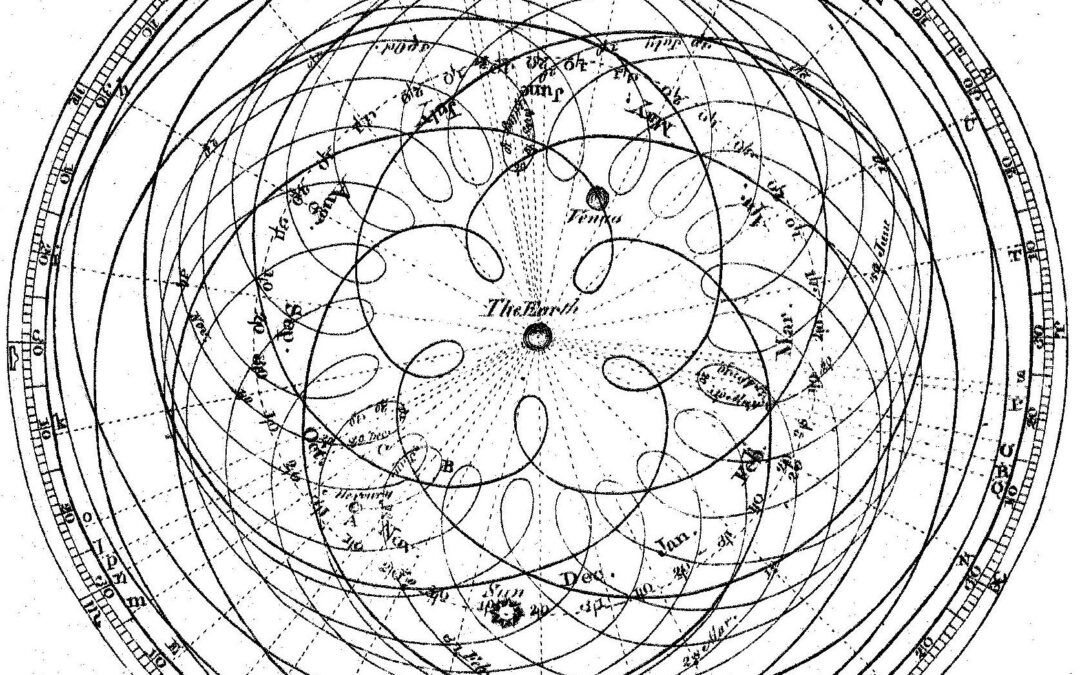 Ptolemy was an ancient astronomer who is credited with designing the first model of the solar system with the earth as its immovable center. The Ptolemaic system was “improved” over time to explain how heavenly bodies moved. But, despite the genius of this structure, there was one fundamental flaw, which of course was the fact that the system assumed that the earth was at the center of the solar system. Initially, this seemed to be a simple design, but as more and more knowledge was gained, the simple system needed to be updated regularly to the point where it became almost impenetrably complex.

The simple system did not question its first principle, “was the earth the center of the solar system?” Of course, we know the answer to this, but various dogmatic astronomers would not question this fundamental belief. We know that Socrates would’ve had a very hard time with this approach because, as he stressed, the first step to acquiring any knowledge is to first “assume no knowledge.”

Not questioning the fundamental assumptions behind this model, or “the first principles,” caused an unwieldy and profoundly inaccurate system. The structure became this crazy complex model of concentric circles showing heavenly bodies moving in one direction then turning backward and moving in another direction and increasing and almost incomprehensible complexity. Of course, all of this was ultimately proven to be profoundly inaccurate, and even quite silly, because it missed the mark so completely about the way the solar system works.

One of the most valuable lessons (I would submit the most valuable lesson) is to assume no knowledge and analyze closely every initial assumption. Nothing is so obvious that it can’t be questioned. Unexamined ideas and assumptions will eventually be useless. Any assumptions and any model used to explain and predict anything (whether it’s the movement of planets or financial markets) needs to go back to first principles and discard any assumptions, preconceived knowledge, or bias.

The simple lesson of the Ptolemaic system is that sticking with a fundamental belief and not questioning every assumption, especially first principles regularly, leads to spectacularly inaccurate models. We now know that Copernicus, the Polish astronomer, finally came around to questioning these principles and realized pretty quickly that if the sun were at the center of everything, and if the solar system’s heavenly bodies moved in circles around the sun, there is a much simpler and more accurate model that, most importantly, is a much more effective predictor of the movement of heavenly bodies. Galileo refined it with new technology and better analysis. In his case, he used the telescope and other tools to calculate more precise elliptical orbits. The analogies become quite obvious when applied to financial markets.

Assume nothing, new models and analytical tools, coupled with constant revision, questioning everything, reassessing, and re-analyzing, are essential to success in today’s markets. Often, and we are seeing that in today’s market, relying on bad assumptions, dogma, or prior belief can be disastrous.

This story about medieval astronomy applies directly to investment strategies, market valuations, and portfolio construction today. It’s the same lesson –begin by questioning the very assumptions on which an entire system is built. There is also a very specific application of this model that is particularly current.

Financial market theory states that financial markets and securities prices do not function like any other market. Since things are sold on an exchange, there are as many buyers and sellers, so, therefore, the idea of supply and demand imbalances and pricing inefficiency do not apply. Really? This is the equivalent of saying gravity works in most places, but not where we’d rather it didn’t. This is beyond Ptolemaic in its ignorance.

A recent study stated that financial markets, while still mostly immune to pricing dynamics that permeate every other market, may be subject to “some dimension of supply and demand impacting prices.” This attempt at academic rigor to partially explain a pervasive market mechanism seems rather pedantic. The first principle to be examined is whether or not any price can be determined by a mechanism other than the dynamics of supply and demand. Since it works in every other market environment and has been proven rather rigorously, the assumption that there is somehow an exception within financial markets simply based on the structure of the exchange seems naïve at best, and inaccurate to the point where proving otherwise seems an insurmountable burden.

It turns out, that it is insurmountable. More demand relative to supply increases prices and too much supply relative to demand decreases prices. There is a reasonable level of confidence in this model, and it has been proven to work in every circumstance. But, instead of questioning this assumption, financial markets simply state topologically that the laws of supply and demand simply don’t apply to financial market pricing. Financial markets have found a cure for gravity?

The core assumption is so fundamentally flawed, it is an insult to Ptolemy. It says that financial markets are different because financial markets operate on an exchange, and therefore can’t have a buyer without a seller. So, all buying and selling are equal, by definition. Supply is constructed to equal demand and therefore, pricing is efficient, and financial markets are an efficient market – all players know the pricing, and no transactions can occur unless buyers and sellers agree on a common price. Security prices are not impacted by supply and demand imbalances.

When you stop laughing, you can easily see this is Ptolemy all over again – a price not impacted by supply and demand is the equivalent of saying the earth is the center of the solar system. It sounds nice and is appealing to academics and dogmatic thinkers, but it is simply not true. Every market participant knows what happens to the price of any security if many more people wish to buy at a certain price than wish to sell, and of course, the same is true if many more people wish to sell at a certain price than wish to buy. Because of the nature of an exchange, the price adjusts immediately, and therefore, pricing is driven rather efficiently – but by a supply/demand dynamic. It is absurd to think there is any mechanism occurring.

A Trading Floor in Every Pocket

Supply and demand impact every price on every exchange because prices adjust automatically as supply and demand are determined via the “bid/ask” real-time dynamic. This explains how the price of just about every security is impacted by supply and demand. Magnifying this effect, technological innovation exemplified by securities services like Robinhood creates easier market access for investors globally, efficient and costless trading, and builds a reservoir of more likely buyers and sellers.

These investors cause more pricing volatility, magnifying supply, and demand via these frictionless services. The fundamental flaw in academic security pricing theory will be exposed more and more as pressure on the system from a combination of irrational human behavior, market inefficiencies, and pricing imbalances drive securities markets. Questioning the first principles of “portfolio theory” and “efficient market theory” leads to better investment strategies. After all, every potential investor can have a trading floor in his or her pocket. That changes the game for all market participants.

A limited supply of certain securities deemed desirable by Twitter or Reddit, or large influxes of cash from untapped global sources create an unprecedented environment of fluctuating supply and demand, and therefore fluctuating prices. No efficient market theory can explain what is happening in the real world, nor give anyone a useful tool to be able to manage it and develop thoughtful investment strategies.

Analyzing reasonable financial assumptions about the present value of cash flows, financial projections, and all that is still reasonable, it’s just not sufficient. This traditional academic approach ignores many dynamics impacting investments. One, of course, is that valuations are being determined by cash flows five years or more out into the future. Which is the equivalent of educated (and not so educated) guesswork. That is hardly evidence of academic rigor.

Supply and demand still determined price. While these factors may be based on assumptions regarding cash flow and more traditional analysis, supply and demand are still the fundamental metrics that determine a price, in any market anywhere.

If a well-run company is popularized, whether through an investment bank’s analyst or various social media outlets, demand rises, prices rise, and the investment generates attractive returns. Near-term cash flows or even future cash flows discounted at a reasonable rate may determine the same attractiveness, but in this scenario, they are ignored.

Investments have become brands, appealing to consumers (increasingly retail-based) and creating demand supporting valuations. If the value is to come five years and beyond from cash flows yet to be earned, no one is going to bother with that, and any pretense at a more accurate assessment of a company’s value beyond understanding demand that is created from acknowledging its competitive position, technological advantage, and projected addressable market seems academically sound but realistically obviated by reality.

Back to the Academics

What seems most astounding is that the study came out and said, essentially,

“supply and demand dynamics, which imply irrationality to some dimensions of securities pricing, may be explained by human behavior. This creates a fundamental lack of predictability to pricing for securities.”

In other words, supply and demand, which set prices for goods in every other market, may be influencing financial markets.

Of course, it is, and it’s the single biggest influence on security prices. No security is valued based on an analytical formula that everyone understands and therefore accepts. Markets are essentially surrogate supply and demand dynamics. Without this, there would be no price movements, or markets to begin with. Academia sticking with “efficient markets” (supply equals demand via exchanges balancing these different forces) is comical (and so are doctorates and tenure issued for work based on these assumptions).

Pricing mechanisms are the same everywhere and are certainly no different for securities traded on exchanges.

This absurd theoretical assumption is going to continue to be proven to be untrue, and any successful investment strategy should ignore it.

One final note on Galileo. When he was condemned by the pope and told he had to acknowledge that he was wrong – the earth did not move and was the center of the universe, Galileo acquiesced. He saved his neck, but rather famously as walked away, he said, “it still moves.”

Academic theories about efficient markets, exchanges, and pricing sound intriguing. But, regardless of assumptions and dogma attached to these beliefs, the market is still the market. Prices are still based on supply and demand. There is no special kind of efficiency that doesn’t exist for any other products anywhere else except this theoretical financial market pricing mechanism. We cannot escape fundamental economics, human behavior, and supply and demand.