A New and Different Credit Crisis 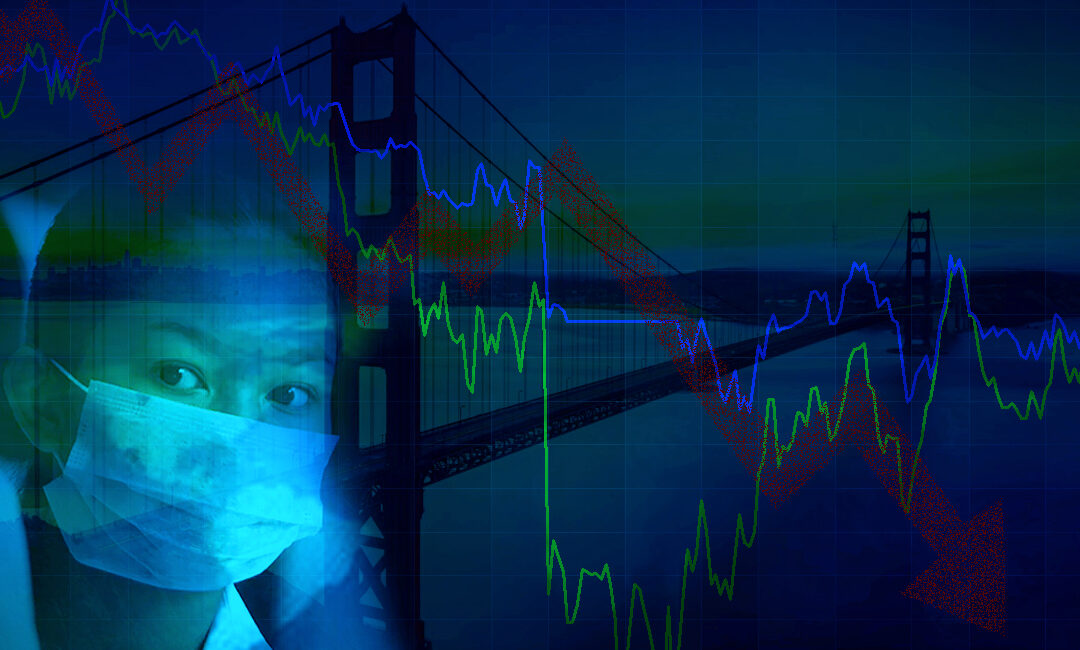 The Fed Does Not Have the Arsenal

The US economy is facing a transitory, but critical, credit emergency beyond the Fed’s normal scope. A new federal credit facility is needed to ensure that sound businesses and households have ready access to cash to get through this crisis.

The Fed will need to act more like a bank because banks won’t. Banks are making money simply holding reserves with the Fed, and therefore, have little incentive to address this financial crisis by injecting liquidity into the market. Activity has potential downside; inactivity is profitable.

Fiscal stimulus will not feed a supply chain, nor will it motivate consumers to spend money. We are facing an unusual abyss, but it will be transitory – short in duration and the economy will recover. Instead of ignoring the approaching economic nuclear winter, the Fed should recognize that, while recovery will come, short-term liquidity will plummet. The economy is in a perilous situation. If no action is taken, the consequences will be far-reaching and potentially incite contagion. It’s a crisis requiring swift and immediate emergency actions.

I Thought We Had This Handled

Over the past decade officials and bankers tried to redesign the financial system so that it acts as a buffer absorbing economic shocks rather than the amplifier making things worse – which is the role it has mostly played. The redesign faces a stern test from the COVID-19 virus and the economic ruptures it has triggered. There is an enormous amount of debt tinkering on the edge of junk-bond status just as cash flows have plummeted from consumer inactivity. On top of that, there is a Saudi-led oil-price war triggering even more concern over energy-related debt as well as the profitability of the overall energy market.

The world’s corporate debt is swelling into a tsunami. Currently, $74 trillion of corporate debt looks substantially riskier. In the US market, credit spreads of risky bonds have widened substantially, while in Europe – a bank denominated economy – share prices of its largest lenders dropped between 25% and 40%. Italy is currently the hardest hit, but they are simply the vanguard. Traditional bank policies to stimulate an economy and fortify lending look grossly insufficient and ineffective.

It’s Getting a Little Scary

These four components are a frightening combination for trouble ahead:

Companies emerged from the financial crisis in 2009 sober and chastised, but soon developed a newfound interest in debt financing. Global corporate debt (excluding financial firms) has risen from 84% of GDP in 2009 to 92% in 2019 (according to the Institute of International Finance). The ratio has risen in 33 of the 52 countries it tracks. In America, non-financial corporate debt has climbed to 47% of GDP from 43% a decade ago, according to the Federal Reserve. See the chart below from The Economist (economist.com).

We Will Be Repaid, Won’t We?

While debt levels were increasing, underwriting standards diminished. Over 65% of non-financial corporate bonds in America are rated “junk” or BBB, the category just above junk (see chart above). Outside America, the figure is 39%. Many firms that had much more solid balance sheets have gone on a debt binge– whether from capital raising in a receptive market, refinancing as interest rates dropped, or heightened acquisition activity – reducing their credit rating and increasing overall risk in their corporate debt. Suddenly, indebted firms have new and interesting ways to measure profit and calculate their leverage. Never a good sign, and certainly ominous in this unfolding situation.

What Was That About a Virus and the Price of Oil?

15% of all non-financial corporate bonds will be directly impacted by a combination of the virus and an oil price war. On top of that, perhaps 50% of all corporate debt will be impaired from the lack of consumer spending and overall economic activity.

First, the virus. Businesses are more vulnerable to the shock from COVID-19. Airlines, hotels and other industries specifically impacted by the virus issued 7% of all non-financial corporate bonds, and these bonds could be substantially impaired by the effects of the virus. Restaurants, retail locations, and other consumer-based industries will also be impacted by a substantial drop in activity. Quarantines, government bungling, misinformation, and, most of all, fear, will drive down economic activity substantially.

On top of that, there is now an oil price war raging, led by the rivalry between Saudi Arabia and Russia. Oil has fallen below $30 a barrel, and America’s debt-laden fracking industry and other oil explorers and refiners are in trouble. Energy is 8% of the bond market.

Our Cash Balance is…?

A far broader set of firms will face a cash crunch as temporary shutdowns and quarantines spread. In China, over the past months, financial distress has been widespread. Informal forbearance is common and indicative of the necessary steps to come globally. For example, payment terms have been relaxed and bailout discussions are on the table for many over-indebted Chinese companies. Global companies have discovered interconnectedness and the vulnerability it creates not only in supply chains and cash management, but also in overall economic activity, consumer spending, and attitudes – which is another way of saying irrational behavior.

A crude stress-test of about 3,000 listed non-financial firms outside China assuming sales slump by two-thirds and operating costs continue (such as interest and wages) shows that within three months 13% of these companies (which account for 16% of total debt) exhaust their cash balances. They would be forced to borrow, retrench or default on some of their combined $2 trillion of debt. If extended to six months, almost a quarter of all firms would run out of cash.

Then there is the near-certainty of rating downgrades and defaults in the travel-related and oil industries, and the possibility of a broader credit crunch. Credit derivatives, the most actively traded part of the fixed-income markets, have reeled. The CDX index, which reflects the cost of insuring against default on investment-grade debt, is at its highest level since 2016 (as is the index covering riskier European borrowers). In addition, privately traded debt is being heavily discounted. The issuance of new debt has ground to a halt. This will become a serious problem because firms need to refinance $1.9 trillion of debt worldwide in 2020, including $350 billion in the U.S.

Can We Withstand This?

Fractured markets mean the resilience of the institutions that make loans and buy bonds is critical. Most American bonds are owned by pension funds, insurers and mutual funds that can cope with losses. But many seem reluctant to buy more. Also, 10% to 20% of all American corporate debt (bonds and loans) is owned by more esoteric vehicles such as collateralized-loan obligations and exchange-traded funds. Their resilience has not been fully tested in an extended period of severe market stress, but there is no good reason to be optimistic.

It’s the Banks – am I Supposed to Feel Better?

Stability and fresh lending will be required. Large cash-rich firms can help supply chain financing significantly. Without a doubt, this will be required in the near term, and maybe even further out. Private investment firms have substantial capital and various debt funds that can provide capital up and down the capital structure from senior lending to subordinated debt. But it will be the banks who have the relationships and flexibility to extend credit. America’s banks have vulnerability (Goldman Sachs has $180 billion of BBB or lower loans and lending commitments), but, mostly, they have solid profits (currently) and strong capital positions.

Outside America, the picture is less reassuring. Europe’s banks are barely profitable, partly because interest rates are so low. For example, Italian banks had a return on equity of just 5% last year. Since the virus struck, the cost of insuring their debt against default has spiked, indicating that they could yet become a catalyst for financial panic and contagion. State-backed banks in China and India will do as directed by politicians, but they already have large bad debt balances and diminished capacity to be impactful in a crisis.

Global business needs a giant bridge loan to get through a tough few months, and governments may need to intervene to make it happen – led by the Fed. The credit markets need substantial additional liquidity, taxes need to be cut to get cash to companies, and banks need to lend and show patience. The world’s financial system has not yet become a source of contagion. It must show it can spontaneously help firms and households absorb a nasty but transitory shock.